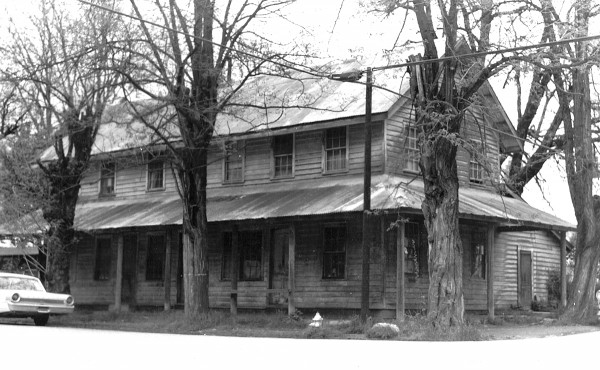 Happy Camp, California, is a community surrounded by mountains and even today is quite isolated. One theory behind its name came from a party of miners who, in 1851, celebrated after surviving the arduous journey up the Klamath River. Toasting the spot where “the pickings” looked good, one miner declared their stopping place to be “a Happy Camp.” The area now occupied by Happy Camp is the ancestral homeland of the Karuk Indian Tribe. Karuk means “upriver people.” For a time, it was also called Murderer’s Bar because of cultural clashes and claim jumping.

Happy Camp is often referred to as “The Heart of the Klamath.” It is located on Highway 96, the State of Jefferson Scenic Byway, and lies 70 miles west of I-5. The town of O’Brien, Oregon, is accessible from Happy Camp (nearly 40 miles away), over Grey Back Pass. The road is only a seasonal road, however, and not maintained during winter.

Some of the earliest businesses included those run by Henry Doolittle who owned a home on the east bank of Indian Creek, a hotel called the American House, and a general merchandise business. The American House was probably the original name of the Cuddihy Hotel.

It was McDermit and Tompkins who established the first ferry below the mouth of the Trinity River, known as Blackburn’s Ferry. Unfortunately, an attack by Indians left three men dead while McDermit and Tompkins were away in Oregon. As a result of the continued threat of attack the venture collapsed. After a second attack on miners, where two men were killed and one seriously wounded, the miners gathered together and attacked the nearest Indian encampment. Reportedly all the people found there, including women and children, were killed.

Indian Town, located up Indian Creek, also became a thriving mining camp during the 1850s. In just five years the community consisted of a bakery and three stores, a bowling alley and a couple saloons, also a big hotel and butcher shop. In 1856, Indian Town’s population jumped to 450 while Happy Camp’s population remained around 100. Squire John Prindle was the Justice of the Peace. Indian Town’s bloom didn’t last long, though, as miners left when the gold thinned out. However, because it was a main trail leading from Crescent City inland, often called the Waldo Trail (or the Gasquet Trial), it survived for many more years.

A second trail, the Kelsey Trail, was cut from Crescent City to Yreka, by way of Happy Camp, up the Klamath, across the Marble Mountains and down Kelsey Creek to Scott River. From Scott River the trail led to Fort Jones and Yreka. Ferry Point, a small mining camp on the Kelsey Trail, also served the Bunker Hill Mine. For a while it prospered and boasted a store, hotel, dance hall, and river ferry. John Titus was an early settler here who fell in love with and married a young Indian woman. Together they raised 11 children. John eventually made a large strike at Classic Hill Mine on Indian Creek.

As in all parts of Western Siskiyou County, packing remained a principal industry until roads and freight wagons replaced the stalwart mule trains. But as flumes and ditches were built to move water up from the rivers to higher ground for sluicing and hydraulic mining, the demand for lumber quickly grew. In the 1850s at least two sawmills operated near Happy Camp.

As a result of the rich claims being worked up and down the Klamath River, Happy Camp prospered. By 1860 there were four stores (three run by whites, one by Chinese), a hotel, butcher shop, and saloon. There was a brick kiln as well, located on the west bank of Indian Creek. A bridge stretched across Indian Creek, while the streets nearby were officially named. There was Bridge Street, Main Street, and China Street. Happy Camp’s population was 1,190 in 2010.