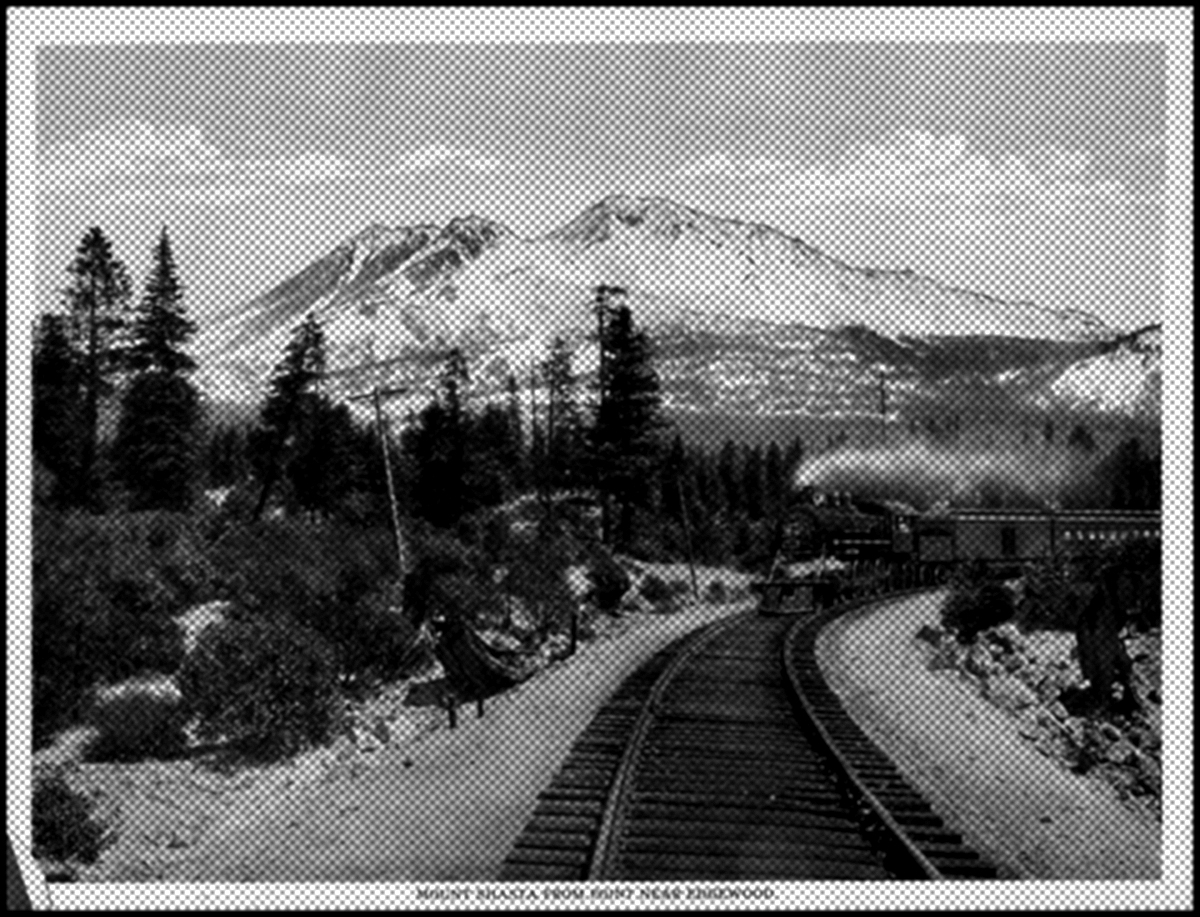 It took from 1850 until December 16, 1887 before the railroad had the last piece of rail connecting San Francisco with Portland. It was with great angst that the railroad decided to bypass Yreka, the county seat, in favor of a different route via Montague. But, with determination and pluck Yreka set out to build a connecting line from Montague to Yreka so our residents could easily access the direct rail line for shipping and travel.

Many Yrekans took advantage of the train routes, but travel from Yreka to San Francisco and back was a mainstay for many Yreka shippers, merchants and travelers. It is interesting to note that special excursions were often advertised about the beautiful Shasta Route and the lovely scenery one could enjoy along this route from San Francisco all the way to Portland. In 1915, during the Panama-Pacific International Exposition in San Francisco, Southern Pacific had special round trip tickets from Montague to San Francisco. A 9 Day Exposition Rate, good with stopovers was $17.00 per person for the round trip. A 10 Day rate was on sale for a round trip cost of only $14.25.

If a person traveled from San Francisco to Yreka on this route their journey would begin at the Ferry Building in San Francisco at the foot of Market Street. The ferry boats of the Southern Pacific would take the traveler across to bay to the Oakland Pier. Boarding the train at Oakland the traveler would ride along the eastern shore of the bay and quickly arrive at Port Costa where the train actually was loaded on a ferry boat and was carried across the Carquinez straits. From there the train would be able to get back on the railroad tracks and head to Sacramento. Once they passed through Sacramento they would head north on the advertised “Road of a Thousand Wonders.” 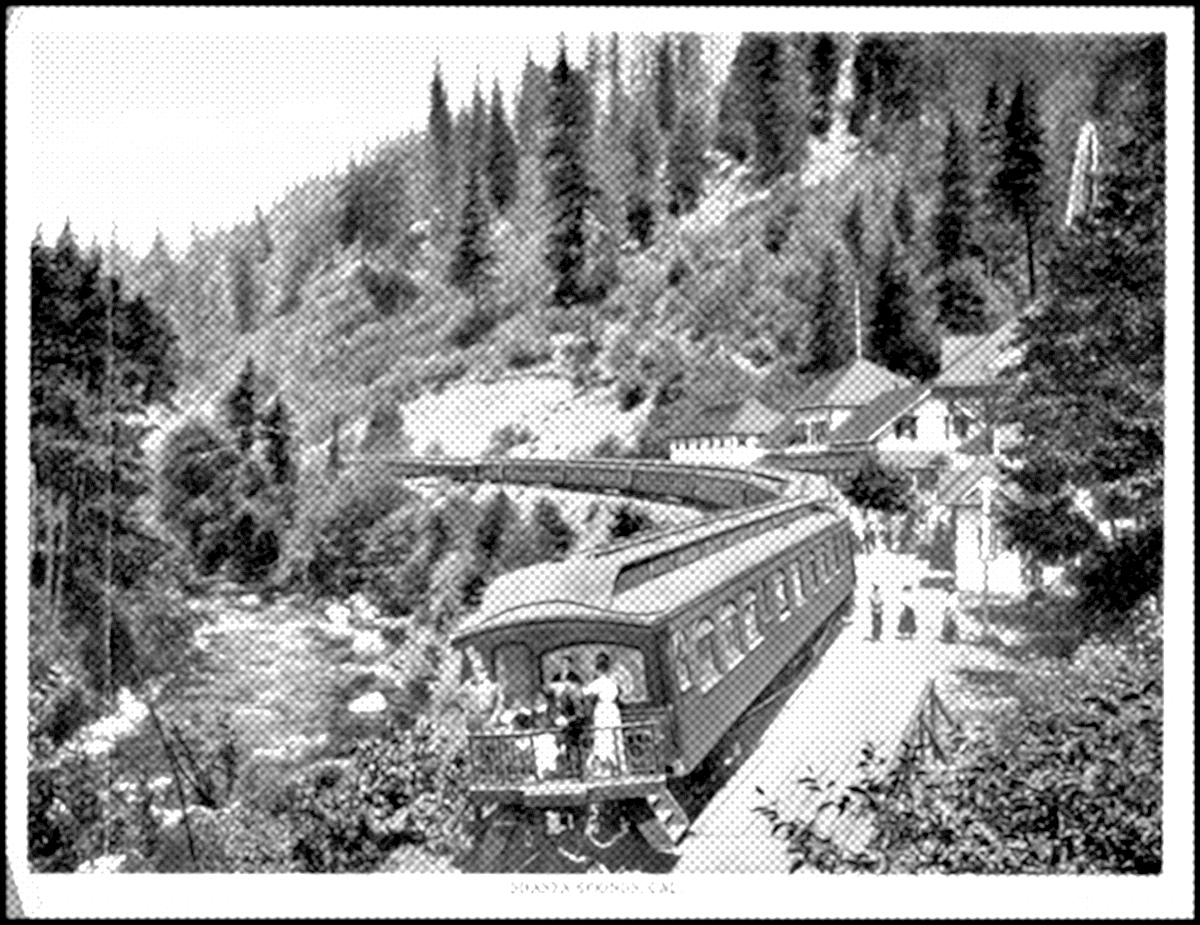 The passengers would pass Mt. Lassen, chug through Redding and on up through the Sacramento River Canyon. They would pass Castella, view the beautiful Castle Crags, and arrive at Dunsmuir. Near Dunsmuir they would next pass by the beautiful Mossbrae Falls and stop at Shasta Springs which was known as one of the best all-the-year-round resorts! The passengers were able to stop long enough for a drink of the famous sparking Shasta water. The view of gorgeous Mt. Shasta would be seen as the passengers wound through the canyon and past the base of the mountain. Black Butte, also known as Muir’s Peak, was another advertised site along the way. The train would pass into the Shasta Valley via Edgewood on through Gazelle and Grenada and make its way to Montague. Once at Montague a passenger would either take a taxi service to Yreka or ride the short line to town. The Shasta Route continued as far as Portland.

This kind of service for Yrekans was available for many years, but unfortunately much of the route is no longer easily available for passengers. Those that do ride the train miss most of the beautiful scenery as the time table runs past the most scenic areas in the dark of night.